CX-60 production has started at Mazda's Hofu Plant No. 2 in Japan! The first shipments are expected to leave Japan for Europe on April 26th 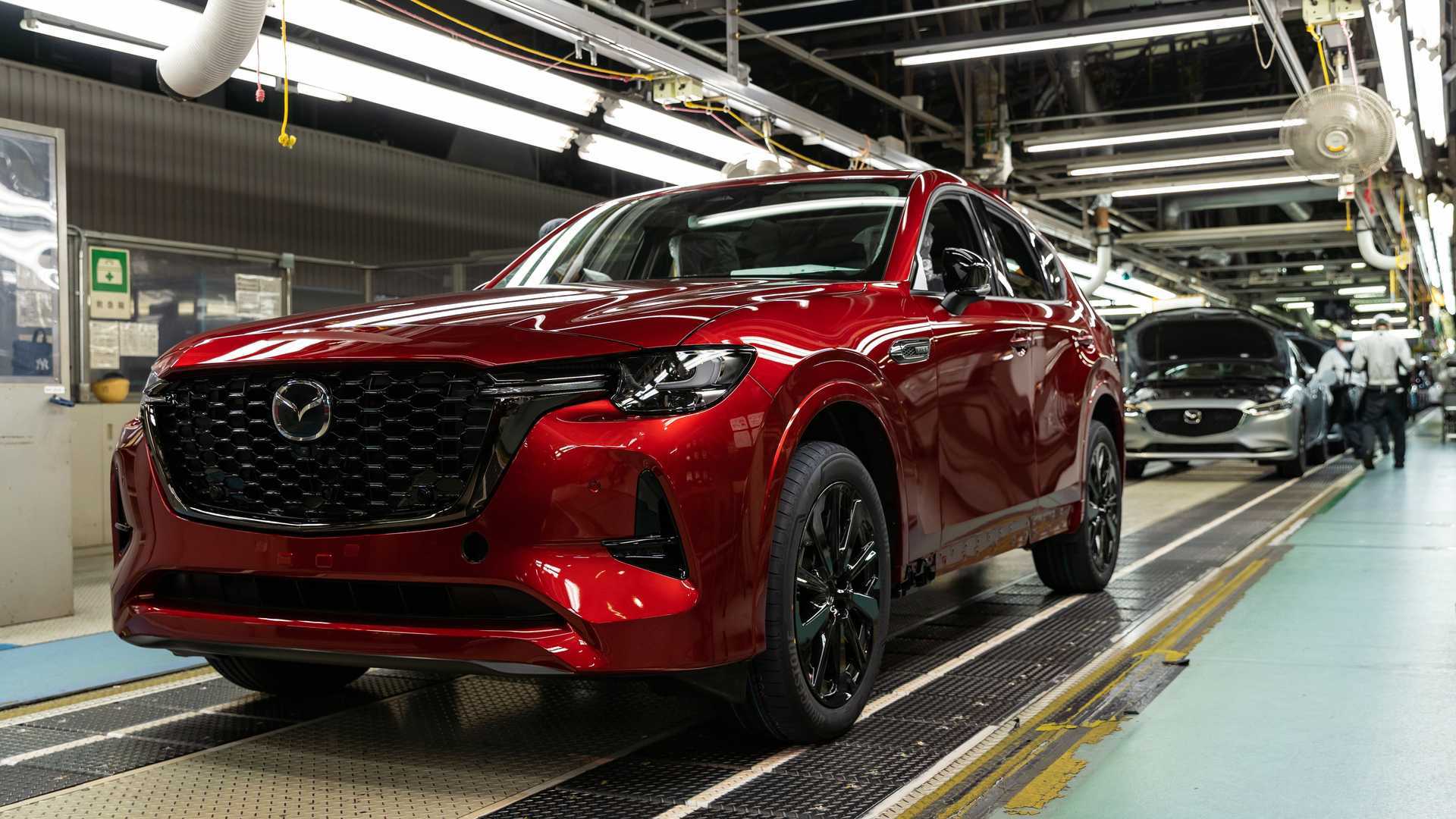 A special ceremony was held to mark the start of production and it was attended by approximately 100 people involved in the production process.

With the launch of the first-ever CX-60, Mazda entered a new era in its history. The SUV, built from the ground up, became the first modern-era mainstream rear-wheel-drive model of the brand, and it is now on the assembly lines. Earlier this week, on April 18, production of the CX-60 kicked off at Mazda’s Hofu Plant No. 2 in the Yamaguchi Prefecture. The first shipment of examples for the European market is planned to leave Japan on April 26.

A special ceremony was held to mark the start of production and it was attended by approximately 100 people involved in the production process. Mazda’s president and CEO, Akira Marumoto, was also at the plant, joining employees of the factory, local suppliers and officials, and others that joined online.

The automaker describes the CX-60 as “the most important model it has introduced for over a decade” and its new flagship model. One might argue that the MX-5 and BT-50 are also RWD vehicles, but these are niche products that are not selling in big numbers. The Japanese brand also says the CX-60 represents “everything that the company has built into its DNS over the last 100 years.”

In many ways, the CX-60 is indeed a new chapter for Mazda. It is the company’s first-ever production plug-in hybrid combining a 2.5-liter inline-four engine with a 134 horsepower (100 kilowatts) and 184 pound-feet (250 Newton-meters) electric motor. The total system output of the hybrid powertrain is rated at 323 hp (241 kW) and 369 lb-ft (500 Nm). Mazda promises a WLTP-certified fuel consumption of just 1.5 liters per 100 kilometers, but that’s obviously true only when the 17.8-kWh battery is full.

The CX-60 will be followed by the slightly larger CX-70, which will be sold in the United States with two rows of seats. An even longer version based on the same architecture will come next with room for up to seven passengers. This one will hit the US market about two years from now wearing the CX-90 moniker.